“Control yourself!” We all say it, mostly to ourselves. We say it when we ‘indulge’ in behaviors that cause short-term gain for long-term pain. And guilt. I cite many of the usual suspects: eating the wrong things, being lazy, staying up too late, drinking too much. There are others, of course. Why do we do such things? After all, aren’t we entirely in control of ourselves all of the time?

Research tells us that willpower is a limited resource. Each of us only has so much of it. The studies demonstrating this are rather ingenious. I will share one of my favorites with you, though there are many more.

You are a student at a mid-Western university and you are in a psychology experiment apparently concerned with taste-testing. The experimenter seats you at a table. In front of you is a plate of freshly baked chocolate chip cookies. There is also a plate of radishes. Your stomach is growling because, as instructed, you didn’t eat anything last night.

You are having trouble solving the puzzle. Undeterred, you press on.

You still can’t solve the puzzle! You sometimes get close, but then you make a mistake and start over. Eventually, you give up. When the experiment is over, you learn a couple of interesting facts. First, the two experiments, taste-testing and puzzle-solving, were related. Those sneaky psychologists! Second, some people taste-tested the cookies. Lucky ducks!

That study, and dozens of others like it, show that people only have so much willpower. When you have to control yourself, there is less willpower available to you for other parts of your life. This fact is a good one to know because people who lose their will-power often do things that they would rather not. They become aggressive, sexually impulsive, and give up too early on puzzles.

This has nothing to do with being physically tired. Your self-control is at low ebb when you are mentally exhausted. So, what lessons can we learn from what the science is telling us? How can we be in more and better control of ourselves more often? I have three tips:

1. Anticipate and plan for your times of low self-control. Now that you know that self-control is a limited resource and that depleting it means less for later, you can do some anticipating and planning. For example, make sure that you’re not in the chips and cookies aisle of the grocery store after a long day at work. Don’t start on your tax return after a frustrating commute.

3. Drink some orange juice. It turns out that glucose is one of the key ingredients that your brain needs for effective self-control. Willpower. It’s not just for breakfast anymore!

I hope that you find my message enlightening and helpful. Some of you, I am sure, will be disappointed to learn that your capacity for self-control is less than infinite. You do have willpower, just not as much as you might like. But now you know how to get more!

Read more from Ian Newby-Clark at his blog, My Bad Habits. 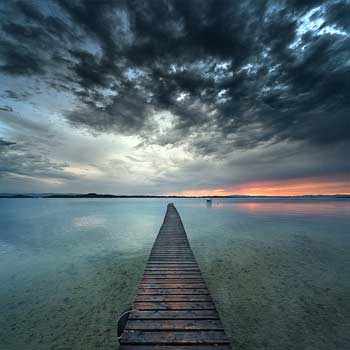