Have you ever found yourself procrastinating on something you didn’t want to do? It’s no surprise that we want to avoid unpleasant tasks or obligations, but procrastination can also infiltrate other areas of our lives and stop us from doing things we really DO want to do.

Most of us procrastinate to some degree, like putting off housecleaning or errands, or avoiding that dreaded trip to the dentist for a twice-yearly cleaning. But for some people, the procrastination habit can grow to monstrous proportions so they eventually find themselves locked into a cycle of fear paralysis.

I should know; I’ve procrastinated myself into financial disaster, serious health issues, and chronic depression. It took a lot of introspection before I understood what was holding me back, and I’d like to share some insights that may help you take control of your life again too.

There are many causes of procrastination, and it’s helpful to explore these in more detail to understand if they apply to you:

Perfectionism: Many people who procrastinate have a fear of not doing something “perfectly”. They constantly feel the need to wait for the perfect time and the perfect circumstances to take action. Sadly, that never happens, so they keep holding back, waiting endlessly.

Fear of failure: People who procrastinate because of a fear of failure feel safer dreaming about the great things they’ll do someday, but they avoid doing them now because they might fail. They want to wait until they feel stronger and more capable before they take action, but they don’t stop to think that strength and capability are developed by DOING, not thinking or dreaming.

Fear of success: As strange as it may seem, procrastination may also be caused by a fear of success. Even though a person may think he or she WANTS to be successful, they worry about the potential burden(s) of success, the obligations, increased responsibility, increased attention from others, and more. It feels safer to stay behind the scenes, dreaming of success but never daring to achieve it.

Fear of the unknown: The unknown consequences of taking action can often cause a person to hold back, because as dissatisfied with their life as they may be, at least it’s familiar. These people often have the “one wrong move” syndrome, and they avoid taking action because they fear it might be the wrong action, which would cause more problems for them.

Low self-worth: A person who doesn’t believe they deserve happiness and success will usually avoid taking action to create it in their lives. They’ll remain locked in unpleasant circumstances, even though they desperately wish they could get out of them.

Low self-confidence: Sometimes procrastination is caused by a simple lack of confidence. A person may desire to change, and believe they deserve a better life, but they hold back because they doubt their ability to make lasting changes. Rather than try, they simply accept the “fact” that they can’t do anything about it.

And more: the reasons above may or may not be the cause of your procrastination. Only you know for sure what makes you procrastinate. If none of the above strike a chord in you, take some time to figure out what your fear and hesitation are based on. Write on a sheet of paper, “I avoid taking action because . . .” and let your thoughts flow freely. Don’t censor yourself, and your subconscious mind will likely spill the beans.

Once you understand why you’re procrastinating, it’s time to develop a plan to help you break free. A successful plan will involve:

Addressing and altering your limiting beliefs: This will take consistent effort on your part, and a willingness to challenge your beliefs. For example, if you believe you don’t deserve a better life, you’ll need to change that belief and convince yourself that you are worthy of having the things you want.

Taking action: It’s ironic that the “cure” for procrastination is the very thing that causes the fear that creates it! If you weren’t afraid of taking action (for any reason), you wouldn’t procrastinate. In order to overcome procrastination, you need to be willing to take action in spite of the fear. You need to build up your courage and ignore those fear-ridden thoughts that try to stop you.

Start small: The great thing about taking action is that it builds your confidence bigger and stronger every time you do it. Even tiny actions have the power to change everything. Most notably, you suddenly realize that there is nothing to fear. Once you push through that initial terror, you realize that you’re still okay. This gives you the courage to take another step forward, and another.

It’s important to be firm, yet gentle with yourself through this process. It’s good to push yourself a little bit, but not to the point that you backslide and give up completely. Listen to yourself and begin to distinguish between your inner guidance and fearful thoughts. The more you work at it, the clearer and easier it becomes.

Procrastination is a habit more than anything else, but it also creates a destructive state of mind that can take on a life of its own if it’s not addressed.

The good news is, it is completely within YOUR control to take charge of your behavior and stop letting fearful thoughts rule your life. 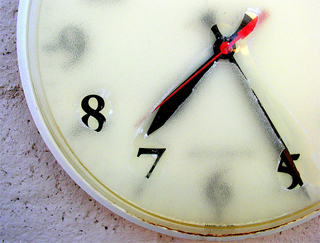 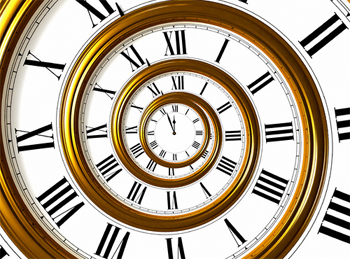