Although leaders have the lion’s share of the responsibility in change, those who are positioned under someone’s leadership are responsible for communicating desired changes. Leaders have the unique challenge of having to read between the lines and make sense of communication that is not always forthright. Sometimes, leaders have to pick up on many hints in order to figure out what is really going on.

How Leaders Should Listen

“The task of leadership is not to put greatness into people, but to elicit it, for the greatness is there already.” – John Buchan

1. Listen to What Is Being Said

This is the most obvious way of listening. Asking for feedback directly and then listening to it – perhaps by writing it down – is a surefire way of getting in touch with the team and the first step to getting on the same page. There is no more egregious form of disrespect than to ask for feedback and then ignore it.

2. Listen to What Is Not Being Said

It’s not only important to pay attention to what is clearly being said. It’s equally important to listen to what is not being said. What elephants in the room are being ignored, if any? Why is that? Leaders need to use intuition to grasp hold of communication that is intentionally withheld, whether that’s out of fear, insecurity, or a lack of confidence in a leader’s ability to affect change.

Paying attention to emotion is also critically important to leadership, and leaders must learn to interpret the physical signs of an emotional reaction to both negative and positive communication. In an article published on Forbes.com, author Carol Kinsey Goman writes, “To tap into the power of emotion, leaders must understand how feelings (their own and other people’s) impact and influence an organization’s ability to make business decisions, to negotiate, and to embrace change.” (“Leadership, Emotion, and Body Language”, Forbes.com).

A possible indication that communication isn’t being received well is when employees shut down rather than open up and provide feedback.

3. Listen With Your Eyes

A common leadership skill I learned early on is called MBWA – Management by Walking Around. While the primary tenet of this idea is to influence productivity by being present, this idea lends itself well to leadership, because it encourages the leader to get out from being the desk and see for herself or himself what exactly is going on. A leader cannot make decisions solely based on the feedback she or he receives from team members. It’s important to get out, look around, and make assessments. Also, being present and available can help facilitate conversation that may never happen otherwise.

Some of the greatest and most accomplished leaders are noted as being extremely forward in their approach to face-to-face communication. One such leader, Bill Olsten of Olsten Communication, is recognized in an article on SmartPlanet.com as someone who understood the power of MBWA. “He made it a point to check in and say hello to staff members on a regular basis, and always let each individual know how important they were to the company.” (“How Steve Jobs earned his MBWA degree”, SmartPlanet.com).

Leaders who influence change in a positive way do so by acknowledging feedback and then doing something with it. At the financial software company Intuit, the leadership team asks for feedback from every employee in the entire organization. This feedback is then collected, organized, and sent back to the employees along with actions and tracking. It’s important for the leadership team to communicate that feedback is not just heard, but that it is also acted upon. Leaders who learn to follow up with those who provide feedback encourage trust and inspire confidence. That confidence then leads to more and better feedback.

A final way leaders can learn to listen better is to trust the people from whom the feedback is solicited.

In the Seven Habits of Highly Effective People by Steven F. Covey, habit #5 is to “Seek First to Understand, Then to be Understood.” In order to do so, leaders must not only listen but listen with respect and earned trust.

People under the influence of a leader must trust that their feedback will be heard and respected, otherwise, next time, they will not be so forthright with it. What is said in confidence must be kept confidential, and what is said in public must be received with dignity and respect. Leaders are in a great position of authority and influence, but that is entirely dependent upon the level of confidence and trust that followers have in their leaders.

In what ways to do you think leaders can listen better? What are some of the ways that leaders you respected most encouraged and inspired open communication?

This guest post is written by Lior Levin, a marketing consultant for a company that helps businesses with organization using a to do list application, and who also consults for a psd to html company. 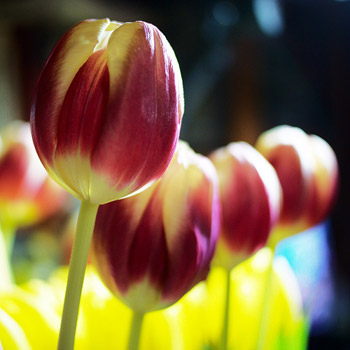